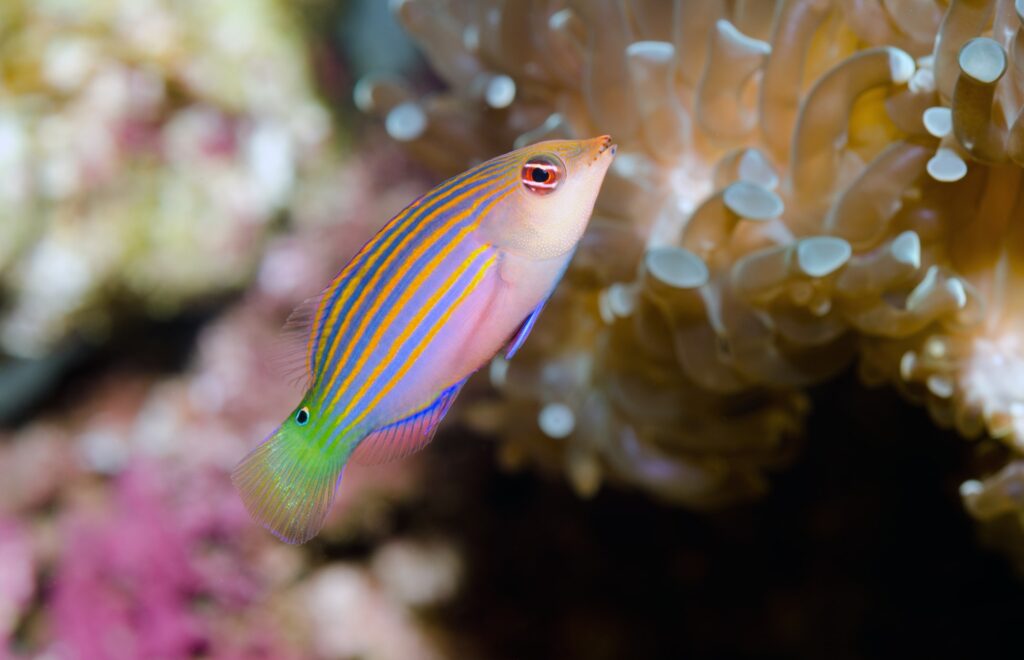 Wrasses comprise an amazingly large and diverse family of fish. Over 600 species divided into 9 subgroups include fish from popular home aquarium species a few inches long to the Humphead Wrasse, a member of the Parrotfish family that lives in the Indo-Pacific and can grow up to 8 feet in length. In fact, all Parrotfish are a species of Wrasse. Most Wrasses inhabit tropical and subtropical waters but there are some species found in temperate waters as far north as Norway. Wrasses usually live in shallow water around coral reefs and rocky shores, and they stay close to bottom structures or their burrows in the substrate. Wrasses can change dramatically in body shape and color as they mature, and some species can switch gender from female to male. On a Key West scuba diving tour, look for the 7-inch long vivid purple and orange Creole Wrasse and the football-shaped iridescent blue-spotted Puddingwife that takes on a green-blue and orange hue as it grows up to 15 inches in length.