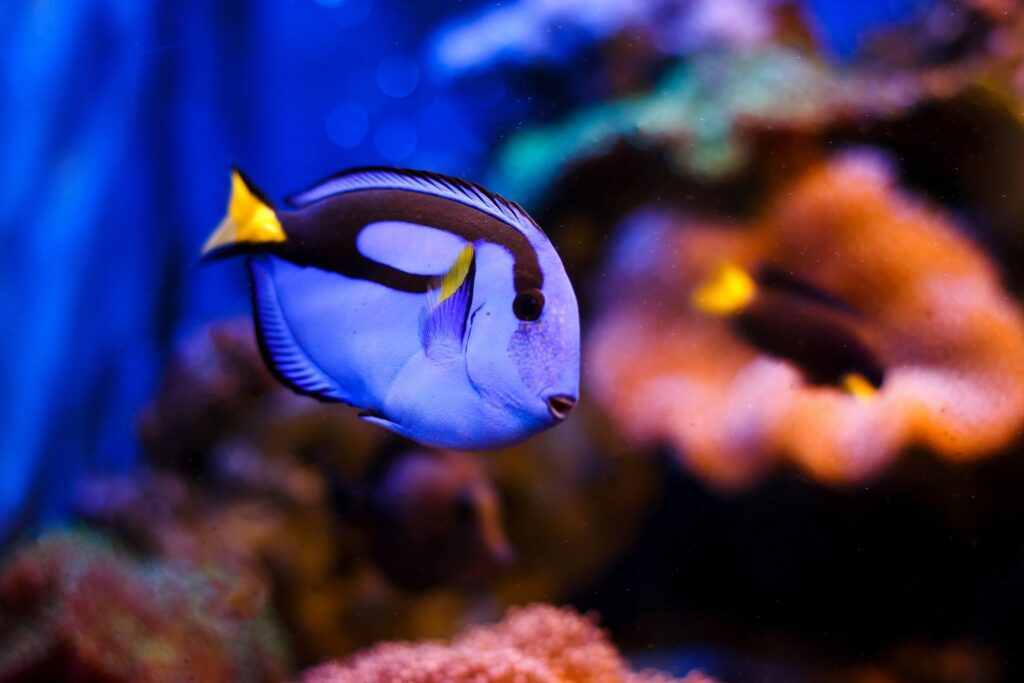 Many people were introduced to the Blue Tang as Dory in the 2003 Disney/Pixar animated film Finding Nemo. One of 75 species of Acanthuridae, or Surgeon Fish, like other members of this family the Blue Tang possesses a scalpel-sharp mobile spine on either side at the base of its tail. This spine lays flat in a horizontal groove and extends when the fish is threatened or aggressive. The Blue Tang can grow up to 15 inches in length but is more commonly seen in the 8-12 inch range. It is a laterally-compressed fish with prominent eyes placed high on its head and a downward facing mouth. Juvenile fish are yellow and may have blue fin fringes and blue rings near the eyes. The adults are deep blue to nearly purple and can change colors from pale white to near black. Blue Tangs are often seen in groups head-down over the reef grazing on algae.