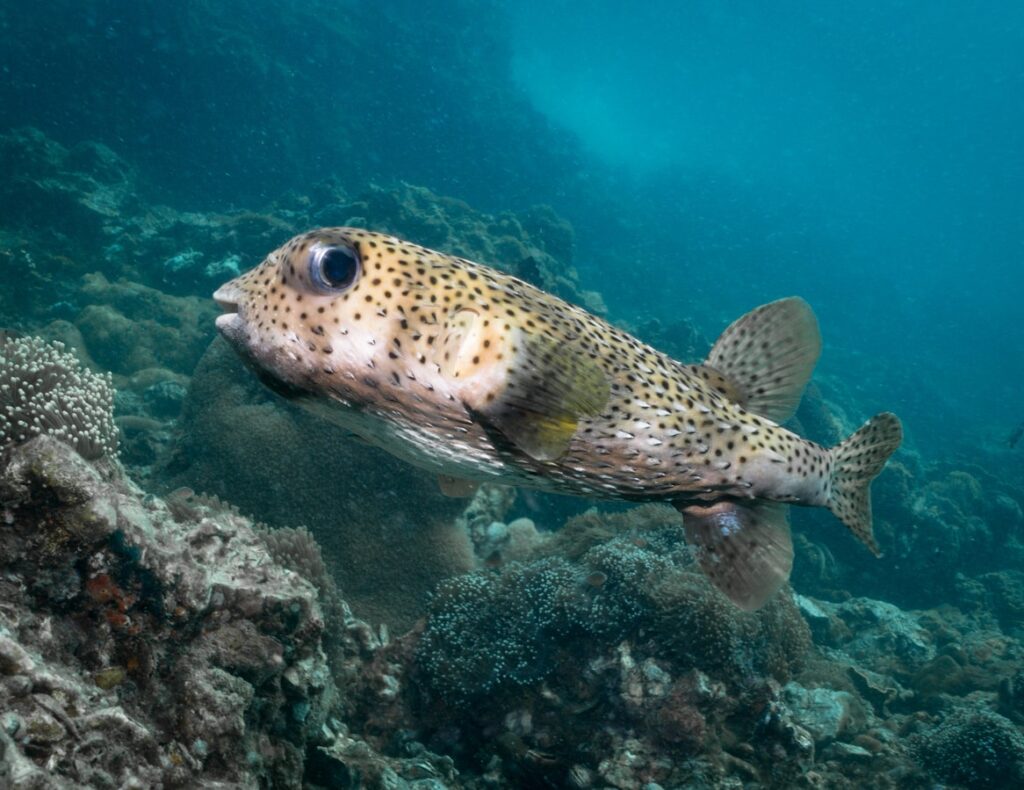 The Porcupinefish, sometimes called the Spot-Fin Porcupine Puffer, is a medium-sized fish (12-15in) found in tropical and subtropical waters around the world. Its habitat includes holes and caves in reefs at depths from about 7 to 170 feet. The Porcupinefish has an elongated body with a distinctive large head and big, round protruding eyes. Coloration can range from beige to sandy-yellow with dark blotches and numerous small black spots. Unlike most species commonly named Pufferfish, the Porcupinefish has spines that are visible when it is not inflated. The Porcupinefish has a mouth that is usually open and two large, fused upper and lower teeth designed for feeding on small, shelled invertebrates. Like other Puffers, the Porcupinefish can inflate itself with water, taking on a round, ball-like shape. At such times its modified scales erect into vertical spikes up to an inch in length, making the Porcupinefish a very difficult fish to prey on. A further deterrent is highly toxic flesh and organs.