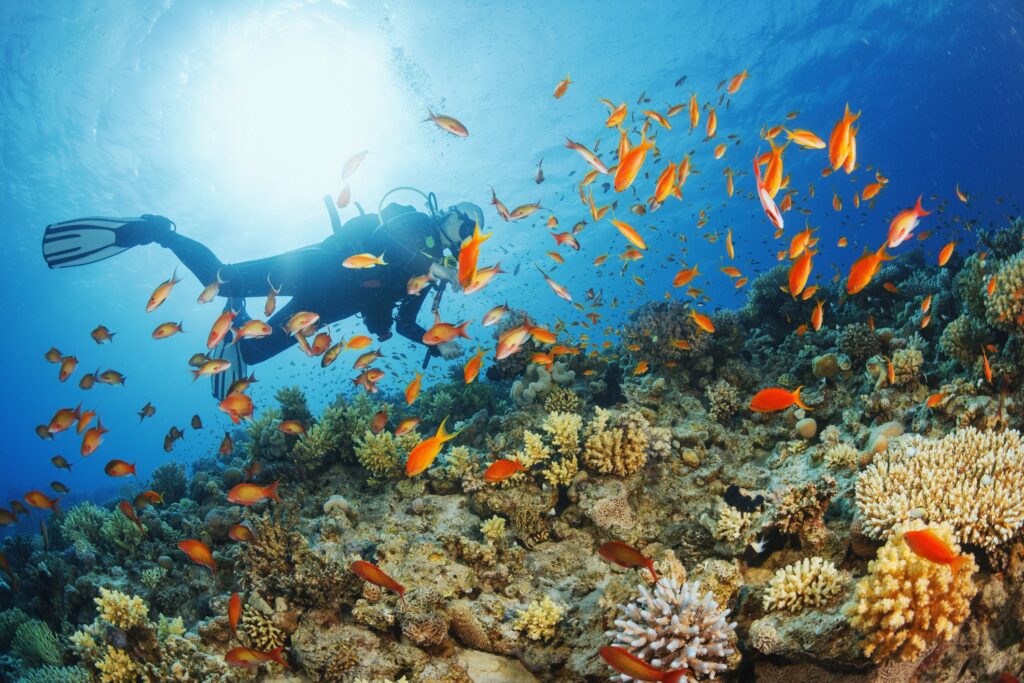 The Florida Stone Crab is actually found in the Western Atlantic from Connecticut to Belize, including in the Gulf of Mexico and Caribbean. It is widely-harvested for its succulent claw meat, and divers may have already encountered the Stone Crab’s large claws on a seafood restaurant platter. The Stone Crab fishery is somewhat unique in that one or both claws are removed and the Stone Crab is returned to the water to regrow its claws. Stone Crabs live in a variety of environments but prefer oyster reefs, coral reefs, jetties, and generally rocky habitats. The Stone Crab is recognizable by its relatively small body and comparatively large claws. Overall color is deep brown-orange to red on the dorsal surfaces, with black tips on the claws. One claw is usually dramatically larger than the other and the claws are very strong, being adapted for crushing the shells of oysters, small molluscs, and crustaceans. Stone Crabs may be harvested in season by licensed individuals, but watch your fingers when handling these little beasts!