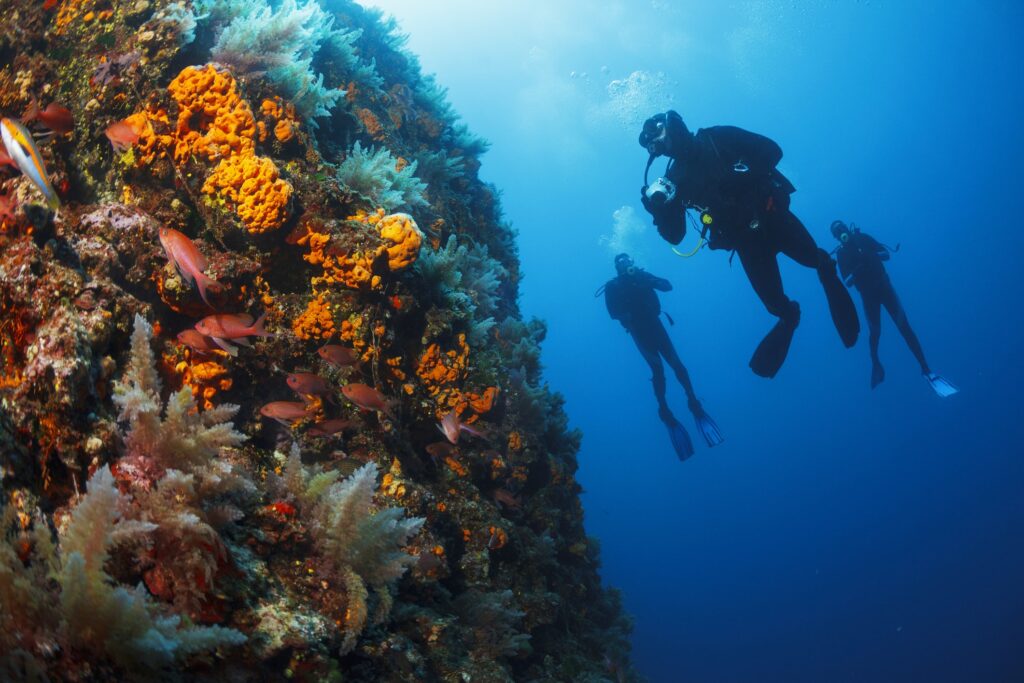 Marine Sponges are multicellular animals but they lack true tissues, organs, and nervous, digestive and circulatory systems. There are between five to ten thousand known species of Sponge living in oceans worldwide from the polar regions to the tropics. Sponges take on many forms and colors depending on their species, location, and growth conditions, but all Sponges have bodies consisting of a jelly-like tissue sandwiched between two thin layers of cells. Their bodies are full of pores and channels that allow water and nutrients to circulate through the Sponge. There are about 100 species of Sponges in the Florida Keys, and they can be seen on the rocky areas of coral reefs, in seagrass beds, attached to mangrove roots, and even living on the shells of crabs and mollusks. Grass, Wool, and Yellow Sponges were harvested as an important commercial resource in Key West from the mid-1800s to the early 20th century and there is still a specialty industry in Florida based on natural Sponges collected from Gulf and Bahamian waters.