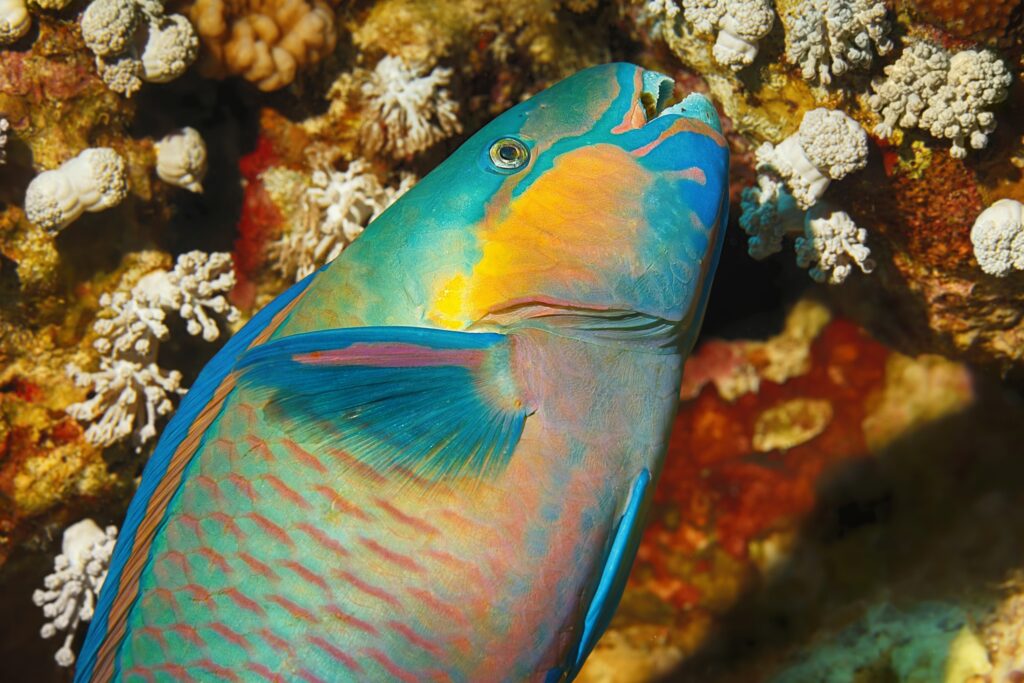 There are many varieties of Parrotfish found on the coral reefs of the Florida Keys and almost all of them are big (1-2ft), colorful, and unusual-looking fish. Parrotfish are named for their many colors and hard, beak-like mouths made for grazing on coral. Specialized teeth in the fish’s throat crush the coral so that the algae filled polyps can be digested. The Parrotfish then excretes clouds of coral sand that makes up much of the sand bottom around the reef. Most Parrotfish species have large well-defined scales that form an armor-like covering over their bodies. Parrotfish change shape and color throughout their lifespans, and can also change gender from female to male. Look for the Stoplight Parrotfish with its iridescent rainbow pink, green, and blue coloration. When divers are near, Parrotfish will often jet away leaving a cloud of sand excrement behind, or they may tuck up against coral or rock, change their color to camouflage, and remain motionless.