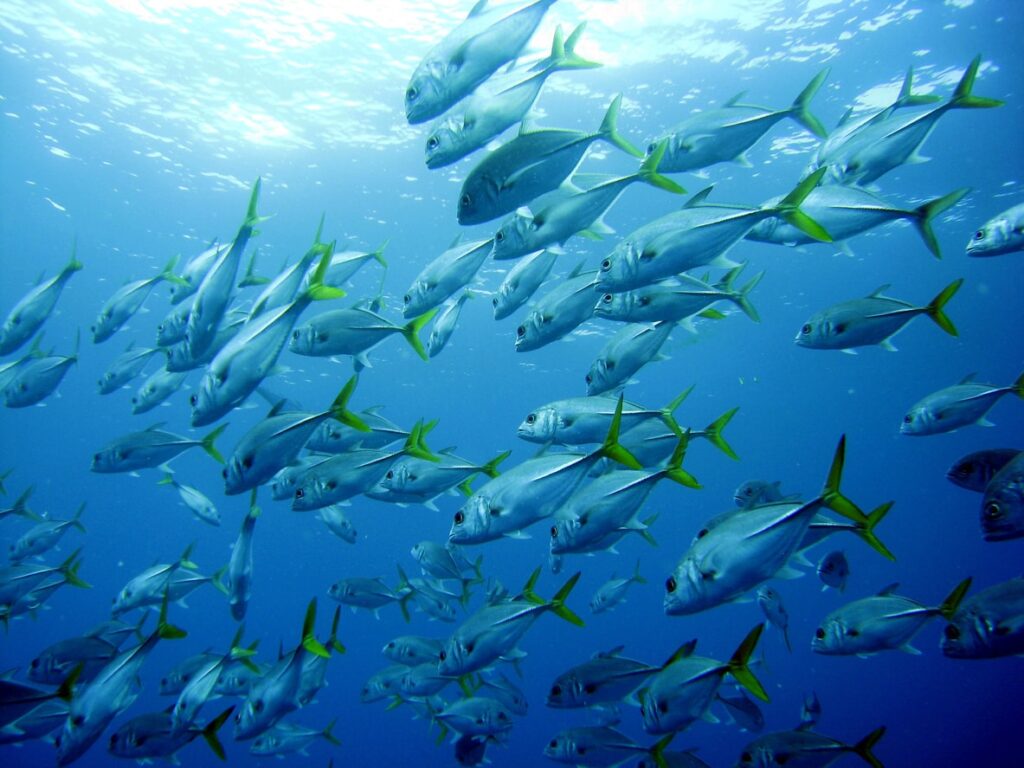 The Yellowtail Snapper is an abundant member of the Snapper family. Yellowtails are found along the western Atlantic coast from Massachusetts to Bermuda, southward to southeastern Brazil, and in the Gulf of Mexico and Caribbean Sea. Large adult Yellowtails live over sandy patches near reefs at depths of 32-230 feet, while smaller adults gather over areas of hard substrate. Juvenile fish live in sea grass beds near shore where they are protected from predators. Adult Yellowtails will inhabit the same area for long periods of time, and are often seen swimming above the bottom near shipwrecks and on some of the reefs around Key West. The back and upper sides of the fish are olive to bluish-black in color, with yellow spots and alternating narrow pink and yellow stripes running longitudinally. A conspicuous yellow stripe begins at the mouth and runs along the side of the fish to the tail. The tail fin is yellow, and fish in the Florida Keys have a deeply forked tail, with the upper lobe longer than the lower one.