When are you traveling?
Filter
Popular Clear
Badge of Excellence This experience is highly rated by travelers and has met our top quality standards.
Search tours and activities with increased health and safety practices.
Price Clear
$0 $500+
Rating Clear
Duration Clear 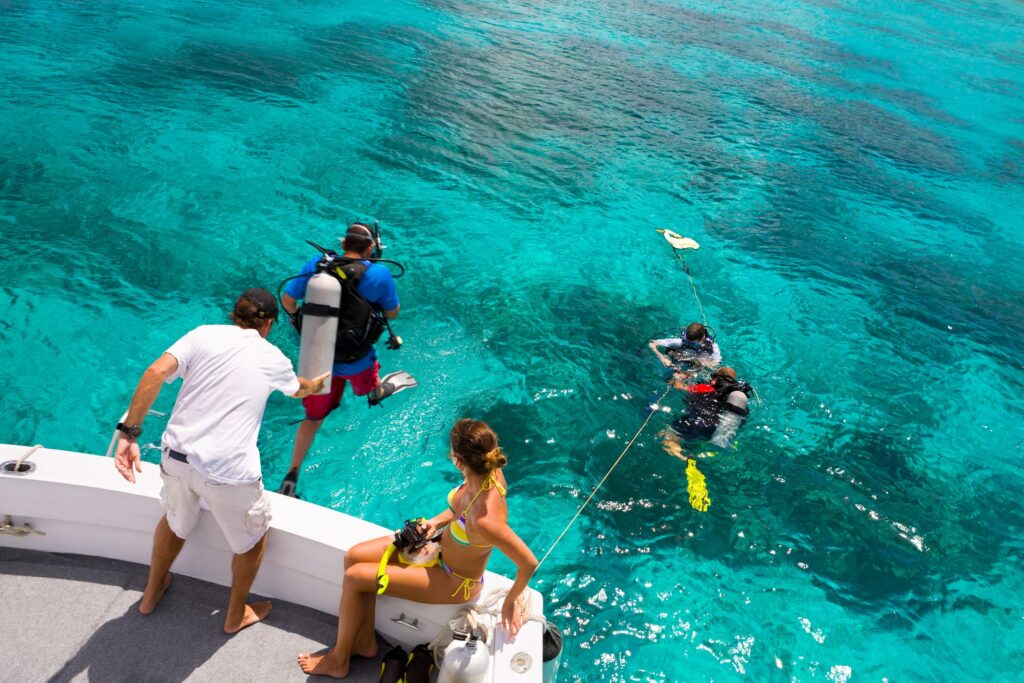 The Florida Keys National Marine Sanctuary is a 2,900 square-mile area of protected marine wilderness designated by Congress and President George H. Bush on November 16, 1990. It incorporates the preexisting Key Largo and Looe Key sanctuaries and was the ninth sanctuary to join the 13 sanctuaries and two marine national monuments that make up the National Marine Sanctuary System.

Historic Roots of the Sanctuary

Concern about the deteriorating condition of the Florida Keys’ marine ecosystem goes back at least to 1955 when conservation writer Rachel Carson included an in-depth section dedicated to the Florida Keys in her book The Edge of the Sea. In the book, a description of the unique marine biology of America’s coastal regions, Carson referred to the Keys as the United States’ only coral coast.

In 1957, conservationists met in the Everglades for a conference focused on the demise of coral reef resources in the Keys. The meeting sparked discussion of the creation of an underwater park, and the concept became reality in 1959 with the designation of the first undersea park in the United States. The original John Pennekamp Coral Reef State Park protected marine habitat out to a depth of 60 feet on the Atlantic side of Key Largo from Carysfort Reef to Molasses Reef.

Trouble continued when a 1983 outbreak of disease among long-spined sea urchins caused widespread, rapid mass mortality across the Caribbean over the next two years. The summers of 1983 and 1987 brought doldrum-like weather conditions of low wind and high air temperatures that contributed to massive coral bleaching on outer reefs throughout the Florida Keys, and secondary impacts such as coral disease followed.

In 1987, the Department of the Interior released a five-year plan to open Florida’s coastal areas to oil and gas development with lease sales to begin in late 1988. This threat was followed up in 1989 by the groundings of three different cargo ships in the Keys, two within Key Largo National Marine Sanctuary and one at Pulaski Shoal in the Dry Tortugas.

The Act required the Secretary of Commerce to develop a comprehensive management plan and implement regulations. It prohibited most operation of tank vessels or vessels greater than 50 meters in length in a certain Area to Be Avoided (ATBA). The Act also blocked leasing, exploration, development, or production of minerals or hydrocarbons within the Sanctuary.

Today the Florida Keys National Marine Sanctuary is administered by NOAA at the Federal level and jointly managed with the State of Florida. It surrounds the Florida Keys from south of Miami westward to encompass the Dry Tortugas, excluding Dry Tortugas National Park. The shoreward boundary is the mean high-water mark, essentially placing all of Keys waters within the Sanctuary.

The public is encouraged to visit the Sanctuary to enjoy the many recreational activities this amazing ecosystem has to offer including world-class boating, diving, snorkeling, fishing, and wildlife watching. Activities are regulated to reduce user conflict and preserve the Sanctuary’s natural and cultural resources in perpetuity. The Florida Keys National Marine Sanctuary offers a relatively pristine underwater environment that easily rivals more far-flung and exotic dive sites.

Epilepsy Safe Mode
Dampens color and removes blinks
This mode enables people with epilepsy to use the website safely by eliminating the risk of seizures that result from flashing or blinking animations and risky color combinations.
Visually Impaired Mode
Improves website's visuals
This mode adjusts the website for the convenience of users with visual impairments such as Degrading Eyesight, Tunnel Vision, Cataract, Glaucoma, and others.
Cognitive Disability Mode
Helps to focus on specific content
This mode provides different assistive options to help users with cognitive impairments such as Dyslexia, Autism, CVA, and others, to focus on the essential elements of the website more easily.
ADHD Friendly Mode
Reduces distractions and improve focus
This mode helps users with ADHD and Neurodevelopmental disorders to read, browse, and focus on the main website elements more easily while significantly reducing distractions.
Blindness Mode
Allows using the site with your screen-reader
This mode configures the website to be compatible with screen-readers such as JAWS, NVDA, VoiceOver, and TalkBack. A screen-reader is software for blind users that is installed on a computer and smartphone, and websites must be compatible with it.

We firmly believe that the internet should be available and accessible to anyone, and are committed to providing a website that is accessible to the widest possible audience, regardless of circumstance and ability.To fulfill this, we aim to adhere as strictly as possible to the World Wide Web Consortium’s (W3C) Web Content Accessibility Guidelines 2.1 (WCAG 2.1) at the AA level. These guidelines explain how to make web content accessible to people with a wide array of disabilities. Complying with those guidelines helps us ensure that the website is accessible to all people: blind people, people with motor impairments, visual impairment, cognitive disabilities, and more.This website utilizes various technologies that are meant to make it as accessible as possible at all times. We utilize an accessibility interface that allows persons with specific disabilities to adjust the website’s UI (user interface) and design it to their personal needs.Additionally, the website utilizes an AI-based application that runs in the background and optimizes its accessibility level constantly. This application remediates the website’s HTML, adapts Its functionality and behavior for screen-readers used by the blind users, and for keyboard functions used by individuals with motor impairments.If you’ve found a malfunction or have ideas for improvement, we’ll be happy to hear from you. You can reach out to the website’s operators by using the following email

Our website implements the ARIA attributes (Accessible Rich Internet Applications) technique, alongside various different behavioral changes, to ensure blind users visiting with screen-readers are able to read, comprehend, and enjoy the website’s functions. As soon as a user with a screen-reader enters your site, they immediately receive a prompt to enter the Screen-Reader Profile so they can browse and operate your site effectively. Here’s how our website covers some of the most important screen-reader requirements, alongside console screenshots of code examples:

We aim to support the widest array of browsers and assistive technologies as possible, so our users can choose the best fitting tools for them, with as few limitations as possible. Therefore, we have worked very hard to be able to support all major systems that comprise over 95% of the user market share including Google Chrome, Mozilla Firefox, Apple Safari, Opera and Microsoft Edge, JAWS and NVDA (screen readers), both for Windows and for MAC users.

Despite our very best efforts to allow anybody to adjust the website to their needs, there may still be pages or sections that are not fully accessible, are in the process of becoming accessible, or are lacking an adequate technological solution to make them accessible. Still, we are continually improving our accessibility, adding, updating and improving its options and features, and developing and adopting new technologies. All this is meant to reach the optimal level of accessibility, following technological advancements. For any assistance, please reach out to