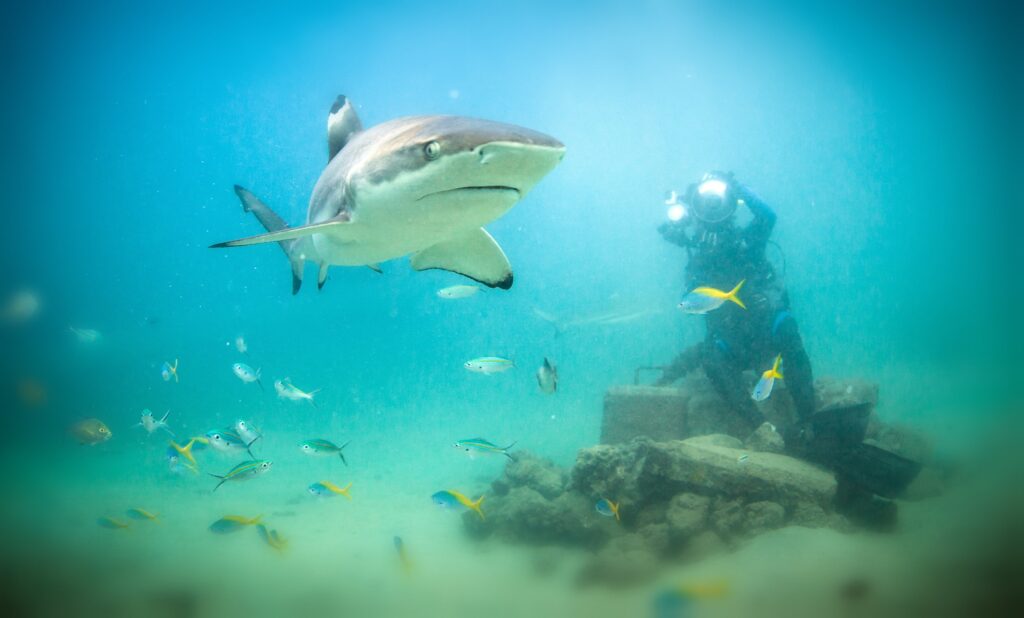 Blacktip Sharks are related to the Blue Shark, Bull Shark, and Tiger Shark. They are common in coastal tropical waters around the world, and may be found around river mouths, bays, mangrove swamps, and in other estuaries. The Blacktip Shark has a stout body, a pointed snout, relatively small eyes, and 5 pairs of long gill slits. They are dark gray/blue to brown on the back and sides, with a white belly and a distinct white band across the flank. The dorsal fin of the Blacktip is tall, and the pectoral fins are long and pointed. On most individuals, the tips and edges of the fins are black. These sharks usually grow to around 5 feet long, although the longest known specimen was 9 feet long. The Blacktip is a different species than the Blacktip Reef Shark which only inhabits Pacific waters. Blacktip Sharks are numerous in Key West waters and can be found over the reefs, on wrecks, and in the shallows.