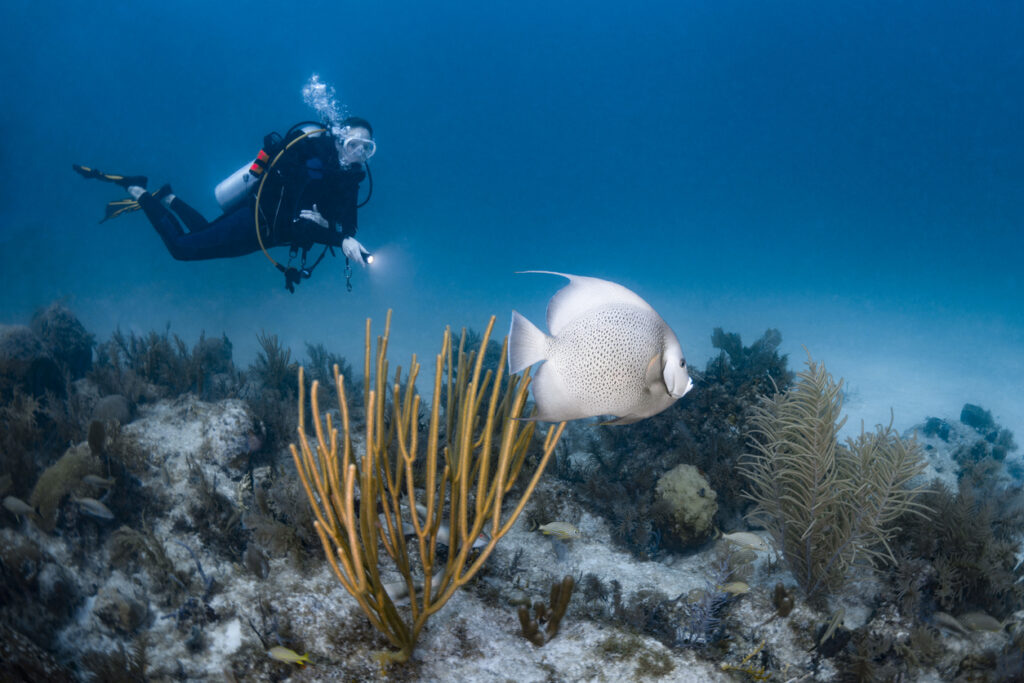 Most people are familiar with the gracefully symmetrical Angelfish because the freshwater Cichlidae species from South America are very popular aquarium fish. Marine Angelfish are actually from a different family of fish, the Pomacanthidae, and are found on shallow reefs in the tropical Atlantic, Indian, and mostly western Pacific Oceans. Bright colors and deep, laterally compressed bodies make Angelfish some of the more conspicuous residents of the reef. The three most common Angelfish species found on the Florida Reef are the Gray, French, and Queen Angelfish. They are some of the larger Angelfish species and can grow up to 14 inches long. Each type of Angelfish shares the same basic triangular body shape, with variations in coloring and fin structure. All have the extended beak-like mouths needed for grazing on sponge species of coral. The larger species of Angelfish are known to be bold and sometimes approach divers.