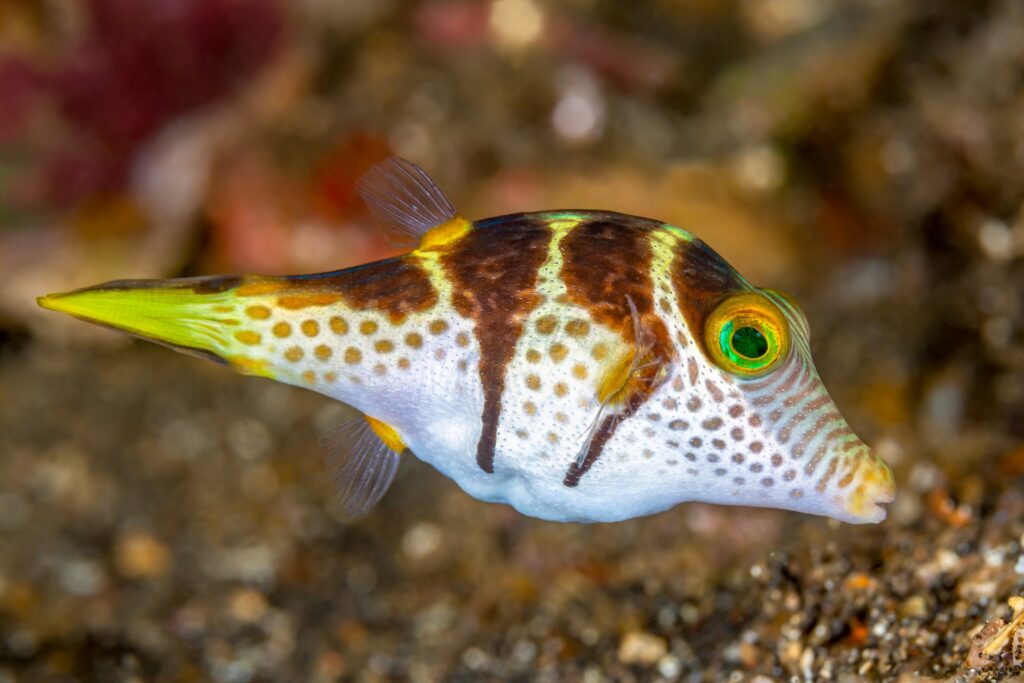 The Caribbean Sharpnose Pufferfish is a small (4.5in) member of the Pufferfish family that is commonly found singly or in pairs in the shallow waters of coral reef margins and occasionally over sea grass beds. Sharpnose Puffers are football-shaped fish with a distinctive pointed snout and large eyes, small dorsal and caudal fins located rearward on the body and a prominent tailfin. Sharpnose Puffers can vary in color from pale yellow to white, and adults have distinctive iridescent blue spots and stripes. Thick dark borders on the edges of the tailfin distinguish the Caribbean Sharpnose Puffer from other similar species. Like other Puffers, the Sharpnose can use its muscles to enlarge its body when threatened or even inflate itself with water, presumably to become more difficult to swallow. Another defense mechanism the Sharpnose shares with other Puffer fish is toxic flesh and mucus that can be deadly if eaten.