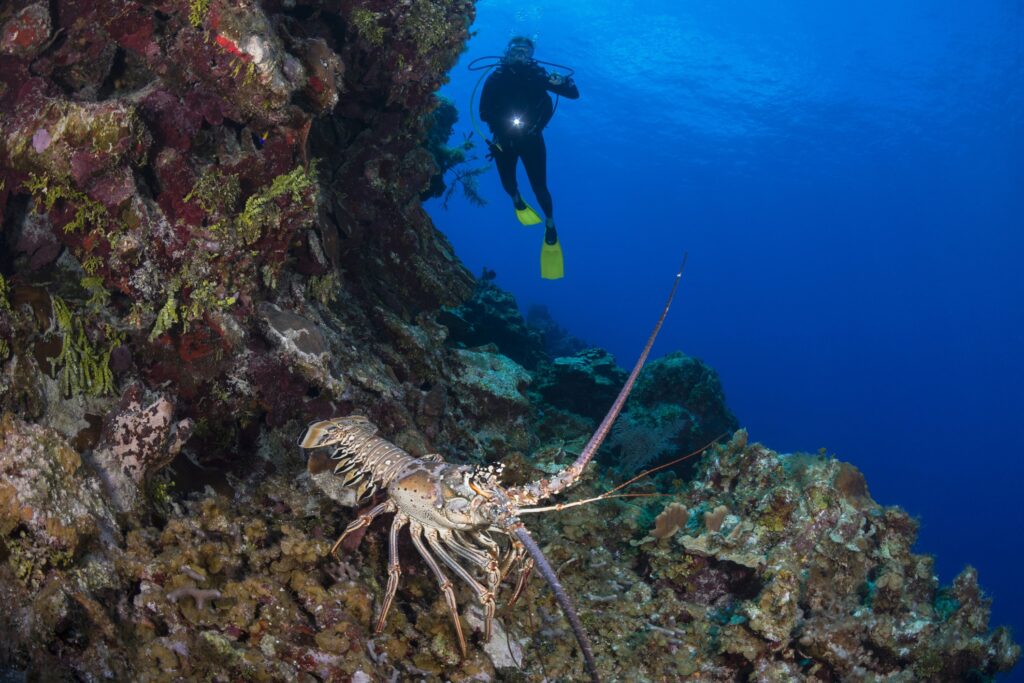 The Caribbean Spiny Lobster, known locally as the Florida Spiny Lobster, is named for the forward-pointing spines that cover its carapace and long antennae as defense against predators. The Caribbean Spiny Lobster inhabits tropical and subtropical waters of the Atlantic Ocean, Caribbean Sea, and Gulf of Mexico but other members of the species live in tropical and subtropical waters around the world. Florida Spiny Lobsters vary in color from purplish-black to dark red-orange and have distinctive white spots on the segments of their tail. Spiny Lobsters do not have the large claws of the Atlantic or True Lobster. Instead, the antennae are their most prominent feature. Spiny Lobsters feed at night and are most often seen in daytime tucked into reef crevices or hiding in caves and under ledges with only their antennae visible. The Spiny Lobster fishery is Florida’s largest commercial fishery as measured in dollars, and these delicious crustaceans are popular with recreational hunters as well.