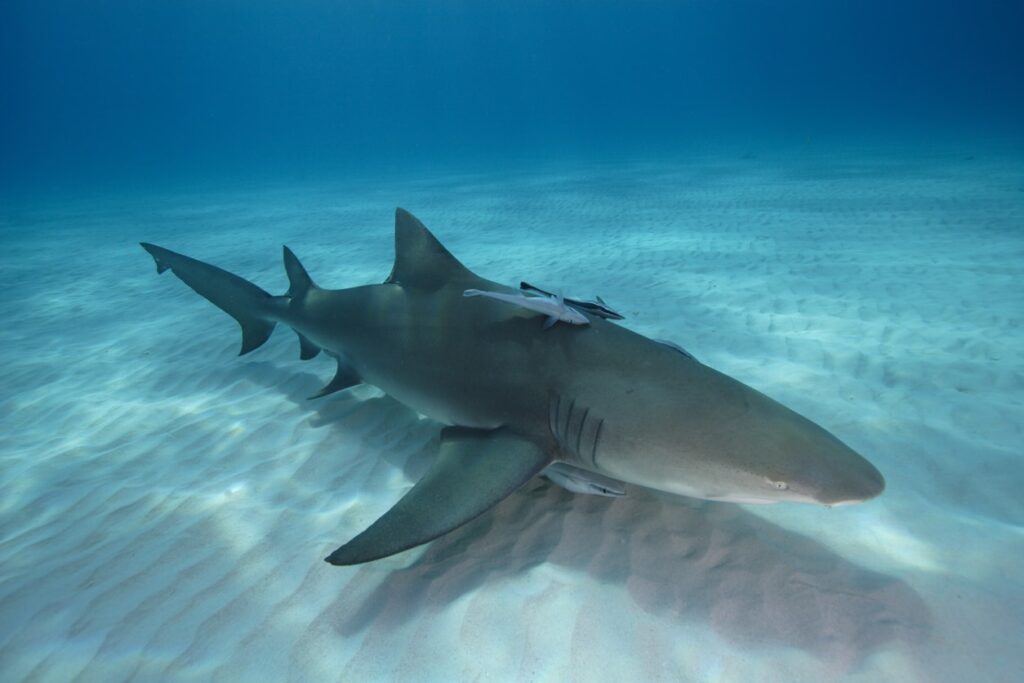 The Lemon Shark is named for its pale yellow-brown coloring and rough skin that suggests the color and texture of a lemon. In the western Atlantic Ocean, Lemon Sharks range through the coastal inshore waters from New Jersey to the tropical waters of southern Brazil, including into the Gulf of Mexico. The Lemon Shark is a large shark, common at lengths between 95 to 120 inches and reaching a maximum length of 125 to 135 inches and weight of 405 lbs. It has a stocky body and blunt nose, and is easily identified by a second dorsal fin, which is similar in size and shape to the first dorsal fin. Lemon Sharks feed more actively during darker moon phases than on the full moon or during the day. Groups of Lemon Sharks have been observed to gather around piers and fishing docks during the night then return to deeper water in the day. Around Key West, Lemon Sharks can be seen on the deep reef, on wrecks, and on the Flats.